The Peculiar Smell of the Inevitable [LP] 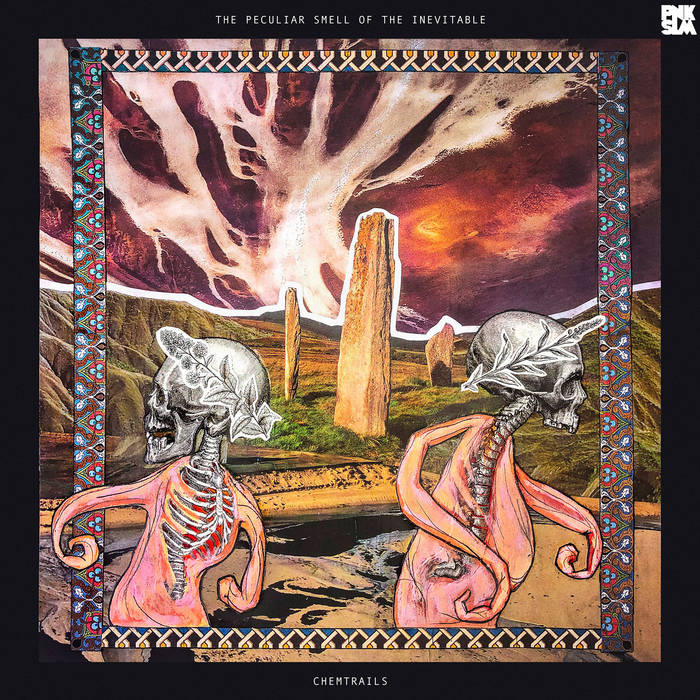 Spooky Mushroom I bloody love this record. Favorite track: Frightful in the Sunlight.

Chemtrails - The Peculiar Smell of the Inevitable LP (splatter vinyl)

The newly released second LP from UK new wave/garage pop outfit Chemtrails, named one of the best punk albums of the year so far by Paste Magazine. Last few copies of the deluxe edition on white vinyl with black splatters, previously only available as part of the sold-out deluxe bundle.
more...

Punk Slime Recordings are proud to present the new album from the garage-punk and acid-corroded new-wave outfit that is Chemtrails. Having started life as the lo-fi bedroom recording project of romantic partners Mia Lust and Laura Orlova back in 2016 Chemtrails quickly set about releasing two digital-only EPs before making their album debut in early 2018 with Calf of the Sacred Cow, while drawing the attention of ex Stereogum, KEXP, The Line of Best Fit, DIY and more. Another EP, Cuckoo Spit, was released on 12” vinyl late the same year and Chemtrails spent 2019 working on their next full-length, which is now finally here. The Peculiar Smell of the Inevitable is the band’s heaviest and wildest record yet, with their trademark big melodies and harmonies performed over a frenzied wall of raw guitar noise and glistening synths.

Bandcamp Daily  your guide to the world of Bandcamp